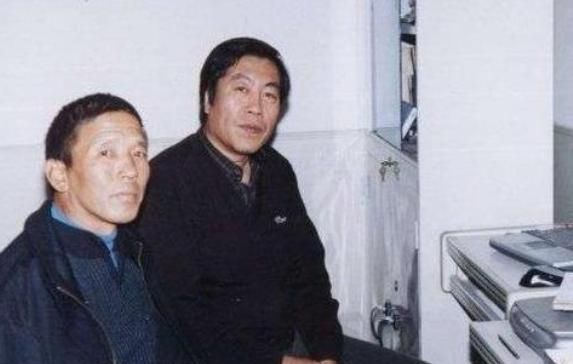 Discounting ancient stories that modern enthusiasts have reclassified as alien encounters, China was relatively late to the UFO craze. There was no Chinese equivalent of Kenneth Arnold, and I’ve never heard of Beijingers riding around with benevolent Space Brothers in the ’50s, or being pursued by shady men in black during the ’60s. The birth of Chinese interest in UFOs might well be dated to the late 1970s, as China ditched Maoism and opened itself up to American influences. Paranormal researcher Paul Dong identified the years 1977 between 1980 as the beginning of China’s “UFO fever,” as the country set up research groups, studied sightings, and followed UFO cases in major newspapers.

The case of Huang Yanqiu, a farmer in a village in Hebei Province, is possibly the first abduction story to come out of contemporary China. On the night of July 27, 1977, Huang- a 21-year-old man about to be married- vanished from his village. In the morning, another village next door got a telegram that Huang was being held by the authorities in Shanghai. For a man with no car or private jet, this was an astonishing distance. Huang had somehow gotten 700 miles away, even though the nearest express train was in Handan, a city that was over 27 miles away from his village.

Baffled, the folks over in Huang’s village had to wait three days before they got confirmation from Shanghai that it was, indeed, their missing man being held in custody. After his cousin and neighbor came to retrieve him, Huang’s explanation for his bizarre disappearance and trek was a bit of a head-scratcher. On the night he vanished, Huang claimed that he fell asleep in his room. When a loud noise woke him up, Huang found himself lying in a big, flashy city. Passersby told the bewildered farmer that he was in Nanjing, more than 500 miles away from home.

How would he get back to Hebei? Huang was so confused and worried that he started to cry. In his hour of need, two traffic cops approached Huang and gave him a train ticket for Shanghai. They made him board the train immediately, and after arriving in Shanghai a few hours later, Huang was shocked to see the two traffic cops at the train station’s police station. The pair then escorted Huang through the city, dropping him off at a deportation center. He had no idea who these Good Samaritans were, and was equally mystified on how he ended up in Nanjing.

Huang’s tale was the talk of the village. A month later, just as things began to settle down, the young husband-to-be disappeared again. On the night of September 8th, Huang drifted off to sleep at home, but woke up at a train station in Shanghai. As a violent storm pounded rain over his head, Huang’s first thought was to find a soldier he met in the city last time. Never mind that Huang didn’t know the man’s address. Another pair of Good Samaritans, calling themselves soldiers, took Huang to the necessary barracks. When they finished their duty, the men stepped out, unseen by any troops at the camp.

Disappearing under mysterious circumstances just once is all fine and dandy, but Huang’s village was more concerned the second time around. When Huang returned on September 11th, some suggested that he was being haunted by ghosts. His fiancée, admirably patient up until this point, begged local officials for a divorce. Yet his earlier adventures would prove to be tame when, on September 20th, Huang fainted and materialized in a hotel. Once again, there were two men inside the room, who informed Huang that he was now hundreds of miles away, in the city of Lanzhou.

The men revealed to Huang that they were responsible for his disappearances, and had disguised themselves as the traffic cops and soldiers Huang encountered earlier. They wanted to take their sleepy abductee on a nine-day trip around the country, starting with Beijing. Their method of travel was unorthodox, but highly efficient. Huang hopped on one of the stranger’s backs, and the man flew him into the air, crossing hundreds of miles in only an hour. There was no wind involved in their flight, and Huang described their pace as being like running.

His magical hosts took Huang to Tiananmen Square, hotels, restaurants, and even a movie theater, where they were allowed to enter without tickets. They ate three meals a day, could speak a number of Chinese dialects, and always had a letter of introduction for whatever and whoever they wanted to see. Unfortunately, the trip of a lifetime came to an end on September 28th, when Huang woke up under a jujube tree at home. Local reception to his third and final adventure was cold. His fiancée’s family cancelled the wedding, and the authorities at one point launched an investigation into Huang, accusing him of hurting village production and spreading superstition.

The flight of Huang Yanqiu has since entered the holy annals of Chinese ufology. His flying companions have been deemed aliens, and the far distances he traveled have been attributed to UFO rides. Non-believers argue that Huang was lying or delusional, while one CCTV program offered the imaginative solution that Huang was sleepwalking. A poster on the question-and-answer site Zhihu has suggested that Huang’s trips were perfectly doable by train at the time. Even if it took 22 hours to get from Handan to Shanghai in 1977, Huang was always gone long enough to take the ride, and nobody ever confirmed seeing his gifted friends.

On the cynical side of things, should we also really ignore the fact that Huang was a young groom who just happened to get involved in this when he was about to be married? I’d venture that disappearing and hanging out with extraordinary flying men is a fool-proof way to cancel a wedding that you don’t want.

If you enjoyed reading this article, please consider supporting my work by buying my book “Forgotten Lives” on Amazon here. Inspired by Edgar Allan Poe and other classic dark writers, my first short story collection includes characters who believe they’re in contact with extraterrestrial seahorses, a queen who chokes to death on honey, and a Victorian detective so incompetent that he makes the Warren Report look credible.  If your tastes lean toward the absurd, do give the book a read and leave a review on its Amazon and Goodreads pages.