In the beginning of the Flying Saucer Saga, academics and military officials who studied the subject made a point of creating a division between themselves and their more colorful layman cohorts. While contactees like Gloria Lee and Buck Nelson frolicked around in public, babbling about traveling in UFOs and hanging out with groovy Space Brothers, professionals like Major Donald Keyhoe represented a more sober, respectful camp of believers. During one 1958 TV interview, Keyhoe stated that “We do not accept any reports of these so-called contactees without more evidence.” In fact, he dismissed the group entirely, offering pilots and military officials as more reliable witnesses of the UFO phenomenon.

As a radio engineer for Transport Canada, the Great White North’s department of transportation, Wilbert Smith was an oddity who hovered between the two factions. On a trip to Washington D.C. in 1950, Smith encountered Keyhoe’s The Flying Saucers Are Real, one of the earliest books to suggest that UFOs were extraterrestrial in origin. At the same time, he read Frank Scully’s equally influential Behind the Flying Saucers, which proposed that the giant metallic frisbees sweeping the United States were being propelled by a mastery of the planet’s magnetism. Smith, a man greatly interested in the manipulation of magnetism, soon found himself hooked.

Sometime in September of that year, Smith had the Canadian embassy set up a meeting with Dr. Robert Sarbacher, a physicist and government consultant. Sarbacher affirmed that UFOs did, indeed, exist, and that Scully’s book was “substantially correct.” (Never mind that, a few years later, Scully’s main sources for Behind the Flying Saucers were revealed to be substantially fraudulent.) When Smith returned to Canada, he reported to other maple syrup-slurping officials that the matter of flying saucers was “considered by the United States authorities to be of tremendous significance.” Anxious to join the fun, and enticed by the thought of using magnetism as an energy fuel, Smith appealed for his own UFO research project.

In December 1950, Canada Transport established Project Magnet, an enterprise headed by Smith that initially (and officially) studied geomagnetic energy. In the course of his research, however, Smith also indulged in UFO sightings, a personal excursion that would soon overshadow the project’s original purpose. In addition to directing Project Magnet, Smith participated in Project Second Storey, a government committee which briefly analyzed and collected reports of UFOs in 1952. While that committee was inconclusive, Smith came to believe that UFOs were very likely alien vehicles. The next step, he advocated, was to get a hold of this geomagnetic technology.

To detect magnetic disturbances and anomalies in the earth’s atmosphere, Smith was allowed to use an observatory in Shirleys Bay, near the city of Ottawa. On August 8, 1954, the observatory’s gravimeter went crazy, apparently catching something unusual. Although Smith interpreted the measurement as the sign of a UFO, the foggy weather on that day prevented him from seeing anything. Alas, Smith’s detection of a flying saucer, or dragon, or squadron of fairies, or whatever it was, was the final straw for Canada Transport. The department was growing tired of Smith and his antics, to the point that some officials argued that Project Magnet was a waste of time and resources.

When Smith’s observatory episode caught the attention of the press, Canada Transport couldn’t stomach the embarrassment anymore. Project Magnet was ordered to close, and the department made it loud and clear that it had nothing to do with the ufological aspect of Smith’s work. Still, while he no longer had that sweet government funding, Smith continued to work for Canada Transport and research UFOs in his spare time. He gave lectures on the subject, granted interviews, and founded a UFO-related club in Ottawa. In 1960, Smith and his club claimed that a piece of metal they uncovered in the St. Lawrence River was a piece of an alien spacecraft. On another occasion, Smith told American interviewers that he examined a UFO fragment that was lent to him by the American Air Force.

As he accepted the existence of UFOs, it seems that Smith became increasingly credulous. His approach shifted, concentrating more on the meaning of flying saucers over gathering reliable evidence. He exchanged letters with George Hunt Williamson and other contactees, and not only believed that these New Age hucksters were genuine, but joined their ranks. In due time, he began to talk about communicating with extraterrestrials himself. Smith nicknamed his space friends “The Boys from Topside.” They were advanced beings, of course, and they used telepathy to guide Smith in crafting such handy inventions as the binding meter, a tool that measured the energy which holds things together.

In May 1962, Wilbert Smith was diagnosed with cancer, and later died that December at the age of 52. His tragic, unexpected death led to the usual wild speculations that tend to follow paranormal/UFO researchers who die prematurely; his son James, however, has confirmed with researcher Palmiro Campagna that his father passed away from bowel cancer. Seven years after Smith’s death, some of his writings were collected in The Boys From Topside, a collection of articles from the Flying Saucer Review and Smith’s own Topside newsletters.

The eleven pieces feature Smith’s musings on aliens and UFOs, and in the fourth, Smith predicts that “In time, when certain events have transpired, and we are so oriented that we can accept these people from elsewhere, they will meet us freely on common ground of mutual understanding and trust. We will be able to learn from them and bring about the Golden Age all men everywhere desire deep within their hearts.” Is it wrong that, deep within my heart, I desire for The Boys from Topside to grant me a patent for some nifty space gadget?

If you enjoyed reading this article, please consider supporting my work by buying my book “Forgotten Lives” on Amazon here. The entire book was dictated by The Boys from Topside via automatic writing, and the morbid and bizarre stories therein star such characters as a playwright who stages real deaths for his work, a corpse that leads a revolution in a banana republic, and a sleazy photographer who claims to take pictures of ghosts. If your tastes lean toward the absurd, do give the book a read and leave a review, death-threat, or prophetic message on its Amazon page. 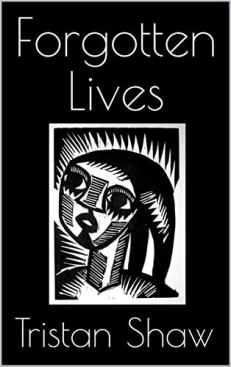