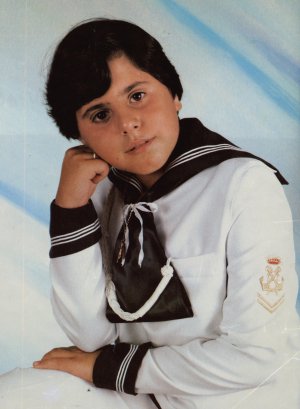 Juan Gomez was a 10-year-old boy in Spain who disappeared under mysterious circumstances in June 1986.

Europe’s strangest disappearance, as Interpol once put it, all began with an innocent road trip. Andrés Martinez  was a truck driver who lived in the south of Spain in Fuente Alamo, Murcia. He sometimes took his wife Carmen Gomez and their 10-year-old son Juan Pedro on his trips. His latest job was to transport 20,000 liters of sulfuric acid far up north to Bilbao, a city in Spain’s autonomous Basque Country. Since Juan Pedro finished the school year with such good grades, his father promised that he could go along to the trip to Bilbao. Carmen would also go to keep an eye on Juan Pedro.

On June 24, 1986,  the family picked up the truck in the city of Cartagena around 7 PM. By 6 in the morning, the truck had entered Somosierra, a mountain pass to the north of Madrid. Perhaps as a result of broken brakes, Andrés was speeding at this point at 140 km (86 mi) per hour. His driving became reckless in the mountains; without slowing down once, he broke off another driver’s car mirror and then bumped into another car from behind. After the car he rear-ended got out of his way, Andrés crashed head-on with a truck that had come down from the opposite direction. The crash caused his truck to overturn, spilling the sulfuric acid out onto the side of the road and covering the area with a toxic mushroom cloud.

When the authorities arrived, they had to quickly act to neutralize the acid before it leaked into a near-by river. After the area was cleaned up, they found two bodies in the crashed truck, those of Andrés and Carmen. Juan Pedro was missing, however, and it wouldn’t be until later in the day that the police even knew that he had been riding along with his parents. 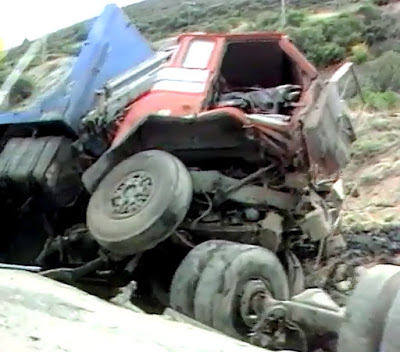 Investigators later searching the truck found a tape of children’s songs and some clothes, but no actual sign of Juan Pedro. They checked beneath the truck and the sand and lime they used to neutralize the acid, yet still were unable to find any remains. Could he have been melted by the sulfuric acid? Chemists dismissed the idea. If Juan Pedro really did fall out of the truck and into the acid, he would have at least left behind some hair or nails on the scene. Instead, there was no evidence that he was in the truck or the area at the time of the crash.

The last anybody saw of the family before the crash was at a bar around 5:30. Andrés and Carmen ordered coffee, and Juan Pedro had some milk and a pastry. There was nothing to indicate that they were upset, and the waiter watched their truck leave from the parking lot. Examining the truck, investigators discovered that there was nothing wrong with Andrés’ brakes. Nobody could say why he was speeding so recklessly, but he was doing it by his own choice. Another strange detail was found in his tachometer; the instrument recorded that Andrés had stopped his truck 12 times as he went up the mountain during a period of 20 minutes. Other truckers said that stopping even once on the mountain pass was unnecessary, let alone a dozen times.

So why did Andrés feel the need to drive so fast and stop so frequently? The most popular theory is that Juan Pedro had been abducted, and that his father was chasing after him. Others suggest that Andrés was trying to run away from somebody. After he crashed, his pursuer might have kidnapped Juan Pedro before the police showed up. (It might seem unlikely that Juan Pedro would have survived the crash, but the driver in the other car did actually live.) 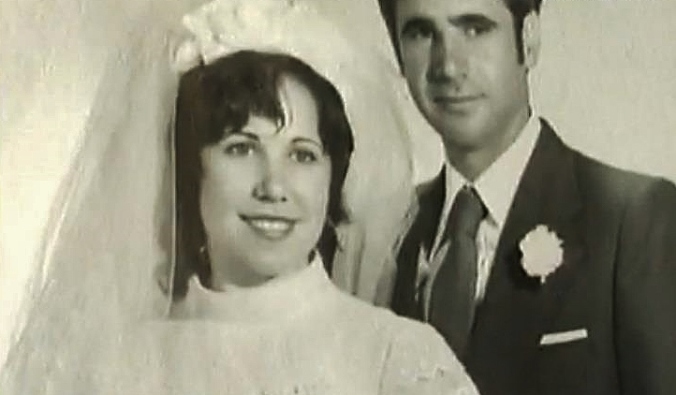 Moments before the crash, the man who Andrés rear-ended told police that he pulled off the road and was assisted by a foreign man and blonde-haired woman in a white van. The woman was allegedly a nurse and looked over the man’s injuries. Two shepherds in the area, neither of whom the police were able to trace, were said to have seen a white van pull up to Andrés’ truck after his collision with the other car. A man and blonde-haired woman went into the truck and took something out of it, possibly a package or Juan Pedro.

Some believe that the mysterious couple might have been drug traffickers. In 1987, the media reported that traces of heroin had been found in the trailer where Andres was carrying the sulfuric acid. There were rumors that Andrés had done some drug smuggling before, but his family later disproved this with the help of a private detective. If drugs really were involved, perhaps drug traffickers approached Andrés that day and asked him to transport something for them. If he refused, the traffickers might have kidnapped Juan Pedro as ransom. On the other hand, Andrés could have voluntarily accepted because he didn’t want any trouble.

A second theory speculates that there was no drug smuggling or kidnapping at all. Juan Pedro might have survived the crash and left the truck. While looking for help, he stumbled upon the foreign man and blonde woman. The couple tried to drive him to a hospital, but he died on the way there. Another variation of this theory proposes that Juan Pedro was burned by the acid and tried to go to the river to soothe his burns. Considering the gigantic search for Juan Pedro after it was discovered that he was missing, it seems likely he would have been found had he wandered around the area and collapsed or died somewhere.

Juan Pedro’s family believes that he is still alive. In May 1987, a man in Madrid met a blind old woman and a boy who looked like Juan Pedro. The woman was an Iranian refugee looking for the American embassy. She said that she and her family had been in Spain for only 6 months, yet the boy she was with spoke fluent Spanish with an Andalusian accent. (Juan Pedro came from a part of Spain where the people have a similar accent.) When the man complimented the boy’s strong Spanish, the old woman got nervous and wouldn’t explain how he knew the language so well. Although the man didn’t recognize the boy at the time, he was later certain that it was Juan Pedro.

Check out my book “Mexico’s Unsolved Mysteries: True Stories of Ghosts, Monsters, and UFOs from South of the Border” for more interesting mysteries of the Spanish-speaking world.  You can buy the book on Kindle here.