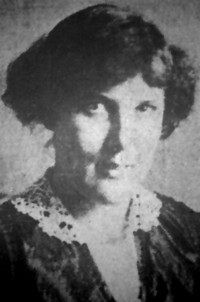 Juliet Stuart Poyntz was an ex-Soviet spy who disappeared in New York City in 1937.

Juliet Stuart Poyntz was an American activist who had been involved in left-wing circles since her early 20s. Initially, Poyntz was a moderate socialist who fought for labor rights and women’s’ suffrage, but she eventually moved further left and joined the Communist Party USA. Through the rest of the 1920s and 1930s, Poyntz moved up the party’s hierarchy and became involved with other internationalist communist groups. In 1934, Poyntz dropped out of politics and started working as an agent for the Soviet secret police.

Poyntz’s job was to collect information about scientific research in the U.S., but former Soviet spy and dissident Elizabeth Bentley claimed in her autobiography that Poyntz also tried recruiting other American communists for spy work. When Bentley first met Poyntz in 1935, Poyntz was allegedly helping in the organization of communist revolutionary groups in Italy. Poyntz, whom Bentley described as immoral and short-tempered, was looking for somebody to teach her Italian. Her real desire, however, was to recruit Bentley as a spy. Bentley wouldn’t have it though, and after being introduced to a sleazy Russian agent named “Smith”, thought that Poyntz was an anti-communist infiltrator. 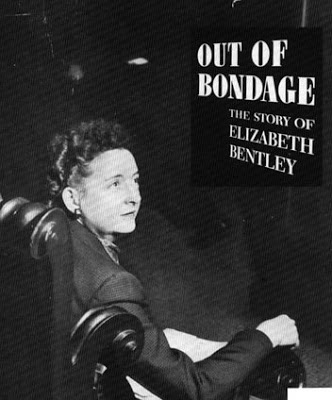 Elizabeth Bentley was a spy for the Soviets from 1938 until 1945. She would later go public and expose two networks of American communists who were spying for the USSR.

Along with a male friend, Bentley went to Poyntz’s apartment and accused her of being a double agent right to her face. Two days later, Poyntz and a woman from the Communist Party USA showed up at Bentley’s apartment and threatened her if she ever decided to go public about what she knew. “Just remember one thing,” Poyntz said to her, “if ever you meddle in my affairs again, I’ll see that you’re taken care of. You’ll be put six feet under and you won’t come back to do any more talking!”
The next year, Poyntz went to Moscow and observed the first stages of the Great Purge. She ended up returning to America bitterly disappointed about the USSR. To the astonishment of her Stalinist compatriots, Poyntz became a vocal critic of the dictator and cut off her ties to the Soviets. Over the last few months of her life, Poyntz appeared increasingly anxious and frightened. On June 5, 1937, Poyntz received a phone call and then left her apartment in New York City. Although some weeks went by without anybody hearing from her, none of her friends were alarmed at her sudden disappearance. They assumed that she had left for Europe or was on another mission for the Soviets. By October, however, her friend and attorney Elias Lieberman had become concerned. 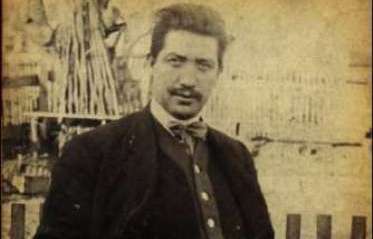 Carlo Tresca, a friend of Juliet Poyntz’s, believed that she was killed by the Soviet secret police.

Along with Poyntz’s apartment manager, Lieberman checked his friend’s apartment room and found that all her personal belongings were there. Her clothes were hanging untouched in her closet, and her passport and other important documents had been left behind. Lieberman tried conducting an investigation by himself, but decided to go to the police after a newspaper got wind of the story.

Naturally, there was a lot of fervor in the press about Poyntz’s former role as a secret spy. Her friends and other anti-Soviet communists believed that there was a connection. Before she disappeared, Poyntz had told them that she was planning to write a book that would expose other Soviet agents and Communist Party USA officials. According to Carlo Tresca, an American labor activist who would later die under mysterious circumstances himself, Poyntz met a former lover at the park the day she disappeared. The man, a newspaper editor and Soviet agent named Shachno Epstein, lured Poyntz away so that she could be abducted and taken to the USSR.  Years later, in his famous book Witness, dissident Whittaker Chambers repeated a similar story, but said that Poyntz was forced into a car and then murdered to keep her quiet. Although she was ruled legally dead in 1944 by the New York Surrogate’s Court, what exactly happened to Juliet Stuart Poyntz has remained a mystery.

4 thoughts on “The Disappearance of Juliet Poyntz, a Former Soviet Spy”